ScrapMyCar is your local scrapyard for cars

Get your 'price promise' quote in seconds, we collect, no hidden charges
Collecting in Berkshire, Hampshire, Surrey, Devon, Sussex


Please be aware that all collections will be made with social distancing considerations in mind and we thank you for your cooperation.

Our most recent prices

The biggest problem most people face when scrapping a car is actually getting it to an Authorised Treatment Facility (ATF) without incurring huge delivery or collection fees. At Scrap My Car, we are committed to offering our customers only the best service and will arrange for the collection of your scrap vehicle COMPLETELY FREE OF CHARGE in Woking.

We can usually arrange to have vehicles collected within 24 to 48 hours and at a time that is convenient to you.

All of our prices are guaranteed and there are no hidden charges or fees. We aim to be as transparent as possible in our service and pricing, and the quote that you receive on-screen will be the amount we pay you for your unwanted car. If you're happy with the figure then go ahead and accept our offer to begin the process of turning your unwanted car into useful money.

Since the Scrap Metal Dealers Act 2013, cash is no longer a legal payment method. We therefore pay by bank transfer following collection of the vehicle. Simply give your details to the receptionist or the driver. We guarantee you will receive payment next working day into your nominated bank account. More Information: http://www.legislation.gov.uk/ukpga/2013/10/enacted

There are many different websites and companies offering prices and it is well known that not all prices offered for scrap cars are guaranteed. If you have been offered a better price, you should be mindful that this is often because the collector will negotiate the actual payment on your driveway or at the roadside on the collection day.Usually this will be less than that publicised. We do not act in this way – if the conditions are met your price is guaranteed

After collection your vehicle will be taken to an Authorised Treatment Facility (ATF). Your car will then be de-registered on-line direct with the DVLA and a Certificate of Destruction (COD) should be issued via email, usually within 7 days.

Once the car has been successfully recycled, you will be issued with a Certificate of Destruction (CoD). This in essential which is essential as it proves that your vehicle has been disposed of by a licensed ATF - as only those with access to the DVLA system can produce a genuine CoD for your vehicle, and it confirms that you no longer hold any legal responsibility for the car which ultimately protects you should it ever be linked to criminal activity in the future.

You can cancel your car insurance as soon as the car has been collected. If you cancel your insurance before the car is collected, then it is illegal for you to use it on the public highway.

You can possibly get a refund for any outstanding car tax by returning the yellow section of the V5C to the DVLA. More Information: https://www.gov.uk/vehicle-tax-refund.

We do not sell car parts. 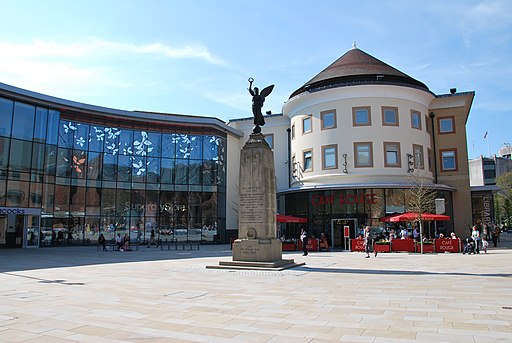 Woking is a large town in northwest Surrey, England. It is at the southwestern edge of the Greater London Urban Area and is a part of the London commuter belt, with frequent trains and a journey time of approximately 24 minutes to Waterloo station.[3] Woking is 23 miles (37 km) southwest of Charing Cross in central London. Woking town itself, excluding its narrowly contiguous built-up area which extends from West End to West Byfleet, has a population of 62,796,[4] and the UK Government has recorded its Built Up Area as 5% more populous than its Borough with 105,367 residents in 2011, the highest in the county.

Woking has returned Conservative majorities at national elections since its seat was created in 1950 with Jonathan Lord re-elected as its Member of Parliament in the 2017 general election.[5]

Though Woking's earliest written appearance is in the Domesday Book, it is mentioned as the site of a monastery in an 8th-century context, as Wochingas.[6] In the Domesday Book it appears as Wochinges, being held in 1086 by King William the Conqueror, Walter FitzOther, Constable of Windsor Castle, and Ansgot and Godfrey from Osbern FitzOsbern, then bishop of Exeter.[7]

Modern Woking was formed in the area to the south of the Basingstoke Canal (opened in 1794) around the railway station, built in 1838 at the junction between the lines to London, the south coast, and the south-west of England, and the private railway to Brookwood Cemetery, which was developed by the London Necropolis Company as an overflow burial-ground for London's dead. As a result, the original settlement 1 mile to the south-east, on the River Wey, became known as "Old Woking". Later, Woking Crematorium at St John's became the first crematorium in the United Kingdom.[8]


Shah Jahan Mosque, the oldest in England
The first purpose-built mosque in the UK, the Shah Jahan Mosque on Oriental Road, was commissioned by Shahjehan, Begum of Bhopal (1868-1901), one of the four female Muslim rulers of Bhopal who reigned between 1819 and 1926.[9]

The Martinsyde aircraft company operated a major aircraft factory in the town during World War I and used nearby Brooklands Aerodrome for test flying and deliveries, but it was closed in the mid-1920s. This site was then the home of the engineering firm James Walker & Company for many years. Known as 'The Lion Works', this area was finally redeveloped in the 1990s into today's Lion Retail Park.[10]

We have long term vehicle recycling experience handling 100s of vehicles successfully each month. We are a real vehicle recycler not another quote website.

We value our reputation for honesty and fairness and provide guaranteed prices with a prompt payment and no extra charges.

MORE ABOUT OUR LOCATIONS